Don't Let Others Come Between You and Your Partner 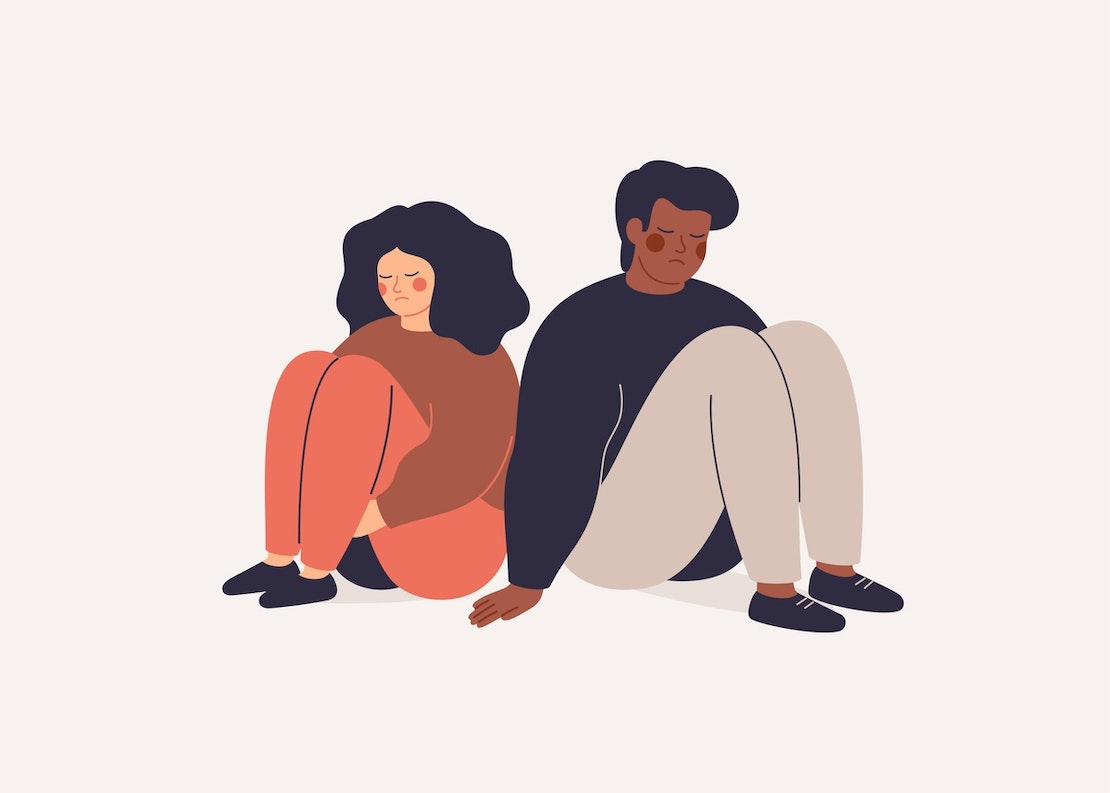 No matter how well things are going as a couple, the bubble that typically surrounds you doesn’t last forever. At some point, you have to begin engaging with each other’s families.

In my work as a family therapist, there's one process that can appear time and time again, and that interferes with closeness within a relationship. Couples and family therapists have a number of words to describe this process, but I think here we can call it something like “people getting in between” you and your partner.

For our purposes — although this might even be a good friend or flirty colleague — we are going to concentrate on the times that it is a family member who comes between you and your partner. In particular, it often comes down to the “in-law issue”.

An important thing to emphasize in this process is that it isn’t always interference from the outside that matters. Sometimes this interference is invited in order to manage the closeness of the relationship. If we think about it this way, we see that a couple might unconsciously hijack a family member to help them keep their relationship stable.

Think about this for a moment: there you are in an intense relationship, somewhere in your head you begin to wonder if it’s too intense, maybe you want to do something without that other person for a while.

So what happens? You say an old friend has come to town and wants to meet up. There: you have someone getting in between your relationship!

When we start to talk about this, lots of people in our culture will immediately think about the phrase “two’s company but three’s a crowd”. One example is that of mothers-in-law who, in our sexist culture, often get the blame for problems between a couple.

The other example we often think about is affairs between one of the partners and an outsider.

How do you manage third parties in your relationship? Download the Paired app to learn more about your partner and relationship by comparing answers to our weekly couple's quizzes.

A couple once came to see me because the female partner, let’s call her Kate, had had an affair. Kate had met a man at a conference while she was away from home and she slept with him. Given that the couple said they wanted to “work it out” and they wanted to stay together (they had been together for three years), rather than assume this event was solely to do with the couple’s sex life, I asked about their families.

It's common to find that where there is an affair, there will be affairs in families of origin. In that kind of case, one might think the affair is something about commitment, about staying intimate with one person.

In Kate’s case, neither her mum nor her dad had been having sex with anyone else (as far as she knew). But she did describe both her parents as being very close to people outside their relationship. In fact, like many families, there was a range of “aunties” and “uncles” who were actually no blood relation to them. She said that she knew both of her parents had been jealous of each other’s friends.

I’m not going to expand on the issues of the male partner, Adam, but the point for me was that Kate didn’t know how to maintain an intimate relationship without bringing in other people to balance this “self/other” challenge.

Helping them sort it out was not about diagnosing a failing relationship, but helping them work out this balance for both partners without needing to bring in anyone else.

What often happens is that couples relive the “people getting in between” patterns that they experienced as they grew up. Let’s look at a case study of Jenny and Karl.

When Jenny was growing up, she noticed that the family had a friend called an auntie who was no actual blood relation but was a strong confidante for her mum. In her parents’ relationship, this seemed to work well.

After she left university, Jenny stayed in touch with one of her girlfriends even though she later married Karl. Jenny phoned this friend every week and was on the phone for an hour with her. The two women had a routine that they went away together to a European city every year just before Christmas. Karl and Jenny didn’t talk about the role of this outsider in their relationship but Karl found himself feeling lonely (and sometimes abandoned) by Jenny when she was away with this friend.

As a result, their relationship was often rocky when Jenny came home and this was made worse when they went to Jenny’s family for Christmas.

Have a think about Jenny and Karl:

The golden rules of managing 'outsiders'

This situation often happens with couples. One partner is fine with having close outsiders but the other is not. We could approach this in two ways: one would be to help the partner who needs the outsider, to find intimacy more comfortable, and to no longer need to bring that other person into the relationship. Or, we could help the partner who feels left out to manage their feelings and respect their partner’s needs. Usually, the solution is a bit of both, of course!

Bringing other people into our relationships is a natural way that people manage relationships but, as always, the key is that it should not exclude a partner permanently. The golden rules for managing this process are:

If you’ve worked out that this is happening in your relationship, set up a way for the pattern to be changed slightly: go out with your outsider people together. What does this do? It gives the message that your relationship is your priority.

About the writer
Mark Rivett
Mark Rivett is a Couple and Family Therapist and the Director of Family Therapy Training at the University of Exeter.
He has written four books on couple and family therapy and is a former Editor of the Journal of Family Therapy. He is a registered member of the UK Council for Psychotherapy (UKCP).

How to Meet the In-Laws for the First Time

Meeting your partner’s parents for the first time? Here are 3 tips to help the anxiety
By Olivia Cassano
Family & Friends