What Is Blame-Shifting in Relationships?

In some cases, blame-shifting in relationships is a sign that a couple needs to work on their communication. In others, it’s a form of verbal abuse
by Olivia Cassano 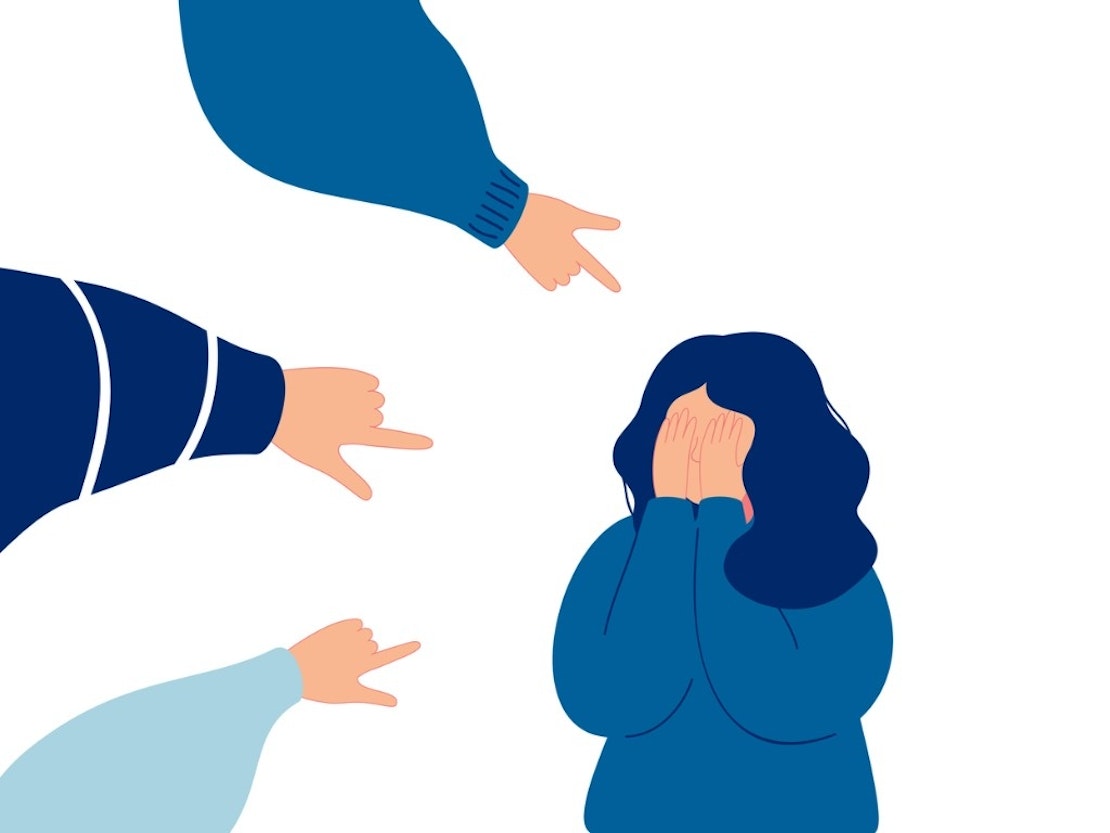 Blame-shifting is a defense mechanism where one person will avoid accountability for something they said or did, and instead deflect the fault onto someone else.

It’s entirely normal for couples to argue, the key is knowing how to do it correctly. In a healthy relationship, partners will admit when they’re wrong and apologize. Sometimes, however, one partner might blame-shift if they feel cornered, wrongly accused, attacked, or simply have problems taking accountability.

Blame-shifting in relationships is most likely a sign that a couple needs to work on improving their communication, but in extreme cases, blame-shifting is a form of verbal or emotional abuse.

Keep reading to learn more about how to spot blame-shifting in relationships and how to respond.

At its most basic level, blame-shifting is a defense mechanism used as a response to an accusation. In some cases, blame-shifting can be an emotionally abusive tactic or behavior.

“Blame shifting is typically done when one person has a complaint or frustration, and the receiving partner finds a way to shift the blame back, taking the focus and accountability off of themselves,” explains Lindsey Ferris, a marriage and family therapist.

Blame shifting can harm your relationship because it shuts down all communication between partners, or can cause even more conflict.

“This can often lead to escalating arguments because the original person making the complaint or frustration can get angry that the blame is shifting to them instead of being heard,” adds Ferris.

We’re all guilty of unintentionally blame-shifting now and again. Blame-shifting can happen even in healthy relationships and is usually a sign that a couple needs to work on their communication skills.

However, blame-shifting often goes hand in hand with emotional or verbal abuse. An abuser will use tactics like blame-shifting and gaslighting as a way to maintain control or power in the relationship.

“Narcissists and abusers use blame-shifting as a pattern of behavior that typically doesn’t ease up. This allows them to avoid any accountability for their behavior,” says Ferris. “It’s also a tactic to exhaust you as they will argue their points of blame towards you until you give up.”

What are examples of blame-shifting?

A common example of blame-shifting in relationships might be when a person doesn’t make good on a promise, and instead of apologizing or admitting fault, they find a way to deflect the blame onto their (innocent) partner.

“For example, person A brings up a frustration, such as person B forgetting to grab something from the grocery store,” explains Ferris.

How to respond to blame-shifting

It can be difficult to respond to blame-shifting, but when it happens in non-abusive relationships, there are ways of dealing with it.

“An option is to not engage in the blame shift,” says Ferris. Keep the conversation on topic and try not to respond to their deflection. “Let the person finish, then redirect back to your complaint, even acknowledging that you want to hear what they have to say after you can talk about what you brought up.”

You could say something along the lines of “Can we stay focused on the conversation at hand?”, or “I’m happy to talk about that later, but right now I’m addressing what you did.”

Ferris also suggests speaking to their partner about why they always shift blame, instead of hearing what you have to say. “[Ask] your partner about what is going on with them, such as ‘What is going on here, I wanted to mention something that I was frustrated with, and now I hear you turning it back to me on something unrelated, it feels defensive, can we talk about that?’”

If you often find yourself on the receiving end of blame-shifting, your partner repeatedly refuses to take accountability for their behavior, or they’re otherwise abusive towards you, seek outside support from a therapist.

How to Regain Trust After Cheating: 16 Ways to Build Trust Again

What Is an Emotional Affair?

What is considered an emotional affair? A relationship expert weighs in
By Olivia Cassano