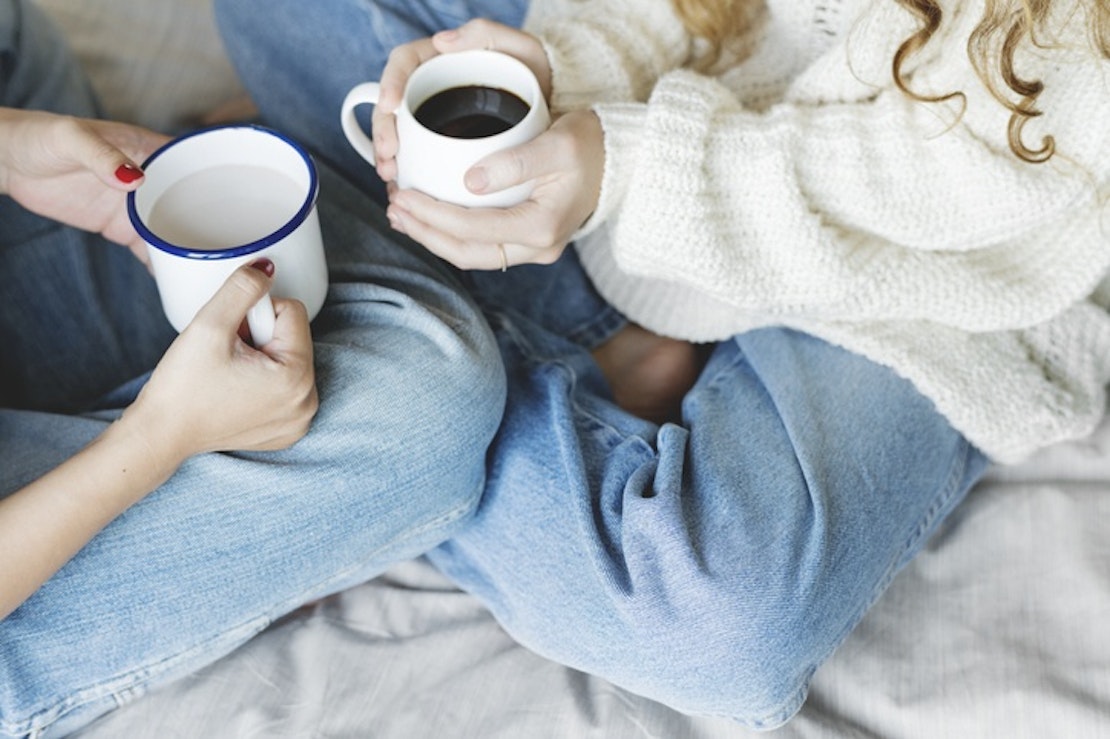 When it comes to disagreements, it's common for people to revert to their "default setting". That is, the habitual and automatic way you react without thinking when you’re stressed out and angry.

Angry feelings can mean you just end up yelling or shouting your point of view, avoiding your partner, or sulking, none of which move things on and which instead can lead to a build-up of resentment.

Instead, my suggestion is for you to use "I feel" statements to get your point across when you and your partner disagree. Own your stuff. Instead of saying “You always...”, start with “I feel”. This creates a safer space for honesty without assigning blame.

What are ‘I feel’ statements?

"I feel" statements — also known as feeling statements or just I-statements — are a couple’s therapy communication technique that focuses on the speaker’s feelings, rather than the listener’s actions.

I-statements can be a very useful communication tool in times of conflict or tension with your partner. They help remove accusations or blame from the conversation and instead allow couples to get their feelings across without instigating a defensive reaction.

It’s completely normal for couples to argue, the key arguing in the right way. Using ‘I feel’ statements during an argument can help foster healthy communication and allows you and your partner to grow closer.

In the early days of dating, it's easy to get swept away in the early glow of the forming stage, where you both seem to be on the same page as each other, the dance of give and take is going smoothly, and everything is hunky-dory. This is because you were perhaps more willing to listen to your partner and be more flexible.

Research shows that in those early loved-up stages, couples are experiencing an increase in a love chemical that not only creates natural highs but also helps to mask your partner’s flaws. There are signs of surging dopamine, increased energy, focused attention, and absolute joy in basking in even the smallest detail of your new relationship.

As time goes by and life settles into a pattern, those early chemicals fade away and life’s stressors — like work pressures, money worries, and kids — begin to demand more time and attention. This may lead to frustration, agitation and you guessed it, conflict.

Let's look at a case study. Josh and Meena have been together for seven years. They were a few weeks away from the birth of their first child, and Josh felt guilty that he was often away working for days at a time and thought Meena really needed support. Without discussing anything with her, he invited his mother over to stay and keep Meena company during his absence.

Meena felt completely blindsided. She yelled at him and told him he was inconsiderate and thoughtless. She didn’t want a stand-in, she wanted her partner. She confided in her closest friend that Josh’s behavior was disrespectful and that he was treating her like a baby. He thought he was being supportive, and she thought he was being the opposite.

How could this have shaken out differently? Josh needed to share his feelings with Meena, instead of just coming up with a solution on his own. Meena reacted (yelling angrily) rather than responding (pausing to consider the situation).

When poor communication kicks in, anger is not far behind. So, instead of paying attention to what Josh was saying and being honest about her feelings, she instead lashed out.

How to use ‘I feel’ statements

"I feel" statements can be an effective way of communicating with your partner better, especially during a fight.

Next time you find yourself in a disagreement, try using "I feel" statements to get your point across constructively. Follow these five steps:

About the writer
Anjula Mutanda
Anjula is President at the UK's leading relationship charity Relate. She is also a Fellow for the National Counselling Society and has worked in the field of relationship counselling for over 20 years.
During this time, she has worked with a broad range of clients in a diversity of settings from the city and financial world to universities, and authored books including: 'How to Do Relationships'.
She has worked on numerous hit television shows, ranging from: on-screen expert on Big Brother, to resident psychologist on This Morning, to most recently, presenting the cutting-edge relationship series, 'Sex Tape'.

What Is a Break in a Relationship?

What Is Gaslighting in a Relationship?

Healing After an Affair: The Key 6 Stages of Recovery From Infidelity

From anger to acceptance, this is the affair recovery timeline
By Sarah Finley