Here's How to Know When to Become Exclusive

If you’re dating but not sure if you’re exclusive, here’s what to do next
by Sarah Finley 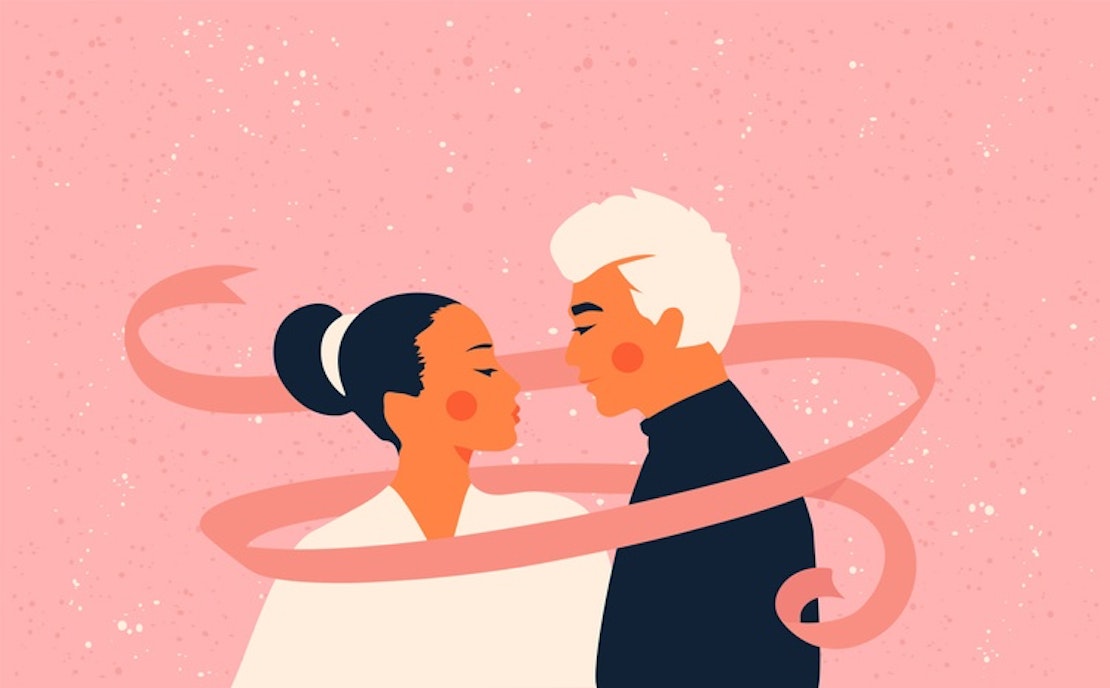 When you’re dating someone new, it’s always a bit awkward to decide when to become exclusive. Becoming exclusive, for many couples, means you’re in a committed relationship and you’ve decided to be monogamous.

But before you start overthinking why your new love interest hasn’t popped the “shall we be exclusive?” question, and how long you should wait before becoming exclusive, let's get down to the nitty-gritty.

Yes, some of your friends may have become exclusive after going on two dates with someone, but no two couples are the same. When you become exclusive all depends on your connection, priorities, and to some extent, your personality.

Signs you’re ready to be exclusive

First, are you sure you’re not already exclusive? There may be obvious signs that it’s just happened naturally already — without having had the “talk”.

If your partner has started considering you and including you in their life, inviting you to friends' parties, or asking you to join them at family gatherings, then it's highly likely they already think you’re in an exclusive relationship.

Being able to be emotionally honest with someone is also a good sign. We tend to only be vulnerable with our closest friends and family, so if the person you’re dating is opening up with you, it means they trust you — and trust is a sign of a good connection as you’re communicating.

If you’re checking all these boxes, it could be a sign that you’re ready to commit to one another and can ask your partner whether or not they’re still dating other people. We put the five most commonly-asked questions about becoming exclusive to the experts.

How long do you date before becoming exclusive?

“It’s not possible to quantify in this way as everyone is different — this can be after one date or several months,” says Dr. Jacqui Gabb, Paired’s Chief Relationships Officer and professor of sociology and intimacy at The Open University says. “What’s important is that you both agree on when you move from dating to exclusivity and a relationship.”

Rhian Kivits, a qualified sex and relationship expert at Relate, agrees. “You need to be certain that you both want the commitment, and that you've got to know each other sufficiently to believe that it's the right step,” she says.

“This way it becomes a shared decision with a secure, realistic foundation, rather than an imbalanced decision that comes from insecurity or fear within either or both of you. Decisions made with a combination of 'head and heart' are often the best ones.”

When to have the exclusive talk

Kivits says that for some couples, becoming exclusive occurs gradually, and the conversation will happen naturally over time. But for others, it's a pivotal conversation. “If the topic feels pressing for either of you, it's important to raise it and agree to have an exploratory discussion,” she explains.

“It’s good practice to talk about your relationship regularly and to get used to sharing your feelings, so it might be a topic you revisit from time to time so that you're both clear on where things stand."

Dr. Gabb believes you should initiate the discussion when you’re both ready. “It’s essential that you’re both in a good space and have enough time to talk through how you both feel. Avoid busy points in the day or when one of you is heading out of the door — make time for this conversation, as it’s the starting point of your relationship.”

Where to have the exclusive talk

“You both need to be somewhere that you can be fully present and that you have enough privacy to be able to talk openly,” Kivits says. “If you notice other people could overhear the conversation, or you're in a crowded, distracting environment, you might be inhibited or share less.”

Dr. Gabb says that sitting across a dinner table may feel like a good place, but direct eye contact can feel intimidating or overwhelming. “Feelings are complicated, and we don’t all move at the same pace, so sitting side by side on the sofa may feel less formal or confrontational,” she explains.

As for having “the talk” after sex? “A conversation in bed after the throes of passion is great if it’s spontaneous, but sex means different things to different people, so it’s best not to push a conversation here.”

Who should initiate the exclusive talk?

Ideally, partners experience the same intensity of feelings and a conversation naturally emerges in response to these feelings — but it’s not always that straightforward. One person often falls more quickly or more deeply and will want to initiate the conversation before the other one.

“Don’t tiptoe around the elephant in the room, if you feel you need to talk about being exclusive, then raise the topic of conversation,” says Dr. Gabb.

“At the end of the day, it doesn't matter who initiates the conversation,” Kivits adds, “but it's usually the partner for whom it's become an important issue. Or perhaps it's something you've discussed before, and you've decided to revisit because of the passage of time.

What should be discussed in an exclusive talk?

Kivits says that exploring whether it's what you both want will be the most important topic to discuss in a discussion about becoming exclusive.

“You can establish this by sharing what having an exclusive relationship means to you, what it might look like in practice, what will change, and what the challenges might be versus what the benefits might be,” she says.

“It's also critical to discuss what expectations and hopes you have of each other, and whether there are boundaries and ground rules you'd like to put in place.”

Above all, it’s essential that you both listen to each other and respect your partner’s point of view. “If they say they’re “not ready”, it’s likely to be about other things as much, if not more, than it is about the dynamic of the two of you,” says Dr. Gabb.

She advises that if you feel overwhelmed by your partner’s intensity of feelings and like it’s all moving too fast, try to explain why you’re feeling this way.

“Remember that both of you will be feeling vulnerable, and hearing what your partner is saying will begin to build the foundations of a strong relationship, whether this starts today, tomorrow, or sometime in the future.”

Spark curiosity, open up a conversation, and grow closer than ever before with these questions
By Olivia Cassano

Whatever relationship stage you’re at, there’s always a great question to ask
By Paired

How to Make a Long-Distance Military Relationship Work