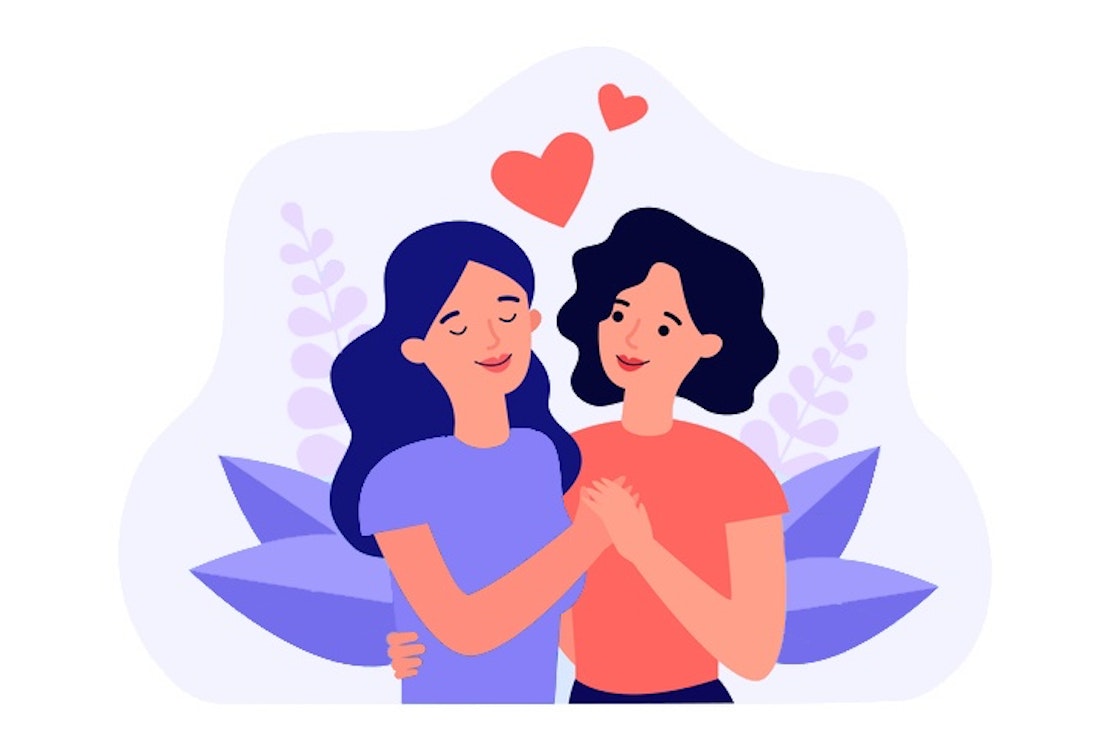 Watching other couples celebrate milestones, such as thirty or forty-year anniversaries, can be mesmerizing when you’re newlyweds or have just started dating — mainly because it makes us wonder, what are the secrets to long-lasting love?

American psychologist and relationship counselor John Gottman — whose theories have been used in relationship and marriage therapy for years — credits many factors, including trust, communication, and loyalty.

Luckily, when it comes to understanding how to increase the lifespan of your relationship, science has the answer… and it’s simpler than you think. Keep scrolling for five proven secrets to making love last.

It might sound obvious, but countless studies have shown that trust is a one-way ticket to lasting love. Research by John K. Rempel and colleagues found high levels of self-reported trust in a romantic partner were directly linked to positive feelings of love and happiness in a relationship.

Furthermore, Dr. Gottman describes trust as one of the most important foundations for any relationship. Without trust, he argues, there can be no deep connections that bind you and help to build a future together.

According to Dr. Gottman, trust isn’t just about the big things either. Of course, being unfaithful or ignoring your needs can strip away the trust in a relationship, but the little moments — such as knowing when you’ve had a bad day or listening to your needs — are important, too.

Arguments are a form of communication, so arguing with your partner can be healthy for your relationship — when done the right way. But if you don’t forgive them or hold a grudge, it’s hard to move forward.

Research shows that forgiveness sustains relationships over time because it helps release resentment and gives you the tools to move on from a fight. Relationships all required a bit of give and take, after all.

That being said, forgiving only benefits the relationship if you communicate your feelings first! Forgiveness isn’t about letting your partner walk all over you or overlooking transgressions, but about trusting that they’ve acknowledged they hurt your feelings and you trust they won’t do it again.

Regular sex in a relationship won’t just help you to feel closer to your partner, but also happier — according to one study on money, sex, and, happiness. The study, which looked at data from 16,000 adult Americans, showed that weekly sex would create happiness levels as high as if you earned an extra $50,000 a year.

Meanwhile, a survey of 274 married people published in the Journal of Social Psychological and Personality Science reported that the frequency of sexual intercourse was associated with long-term, intense love.

“Or take a gentle, direct approach and let your partner know you find them attractive, that you've been fantasizing about making love to them all day. Or, quite simply, ask them to make love to you.”

4. Sacrifice your needs for theirs

When you’re married or in a relationship, being independent and having your own interests and hobbies is healthy — however, the ability to think as a ‘we’ instead of an ‘I’ has been a proven strategy for lasting love.

A 2013 study by Casey J. Totenhagen and colleagues analyzed whether sacrifices improve relationship quality. They found that even small sacrifices, such as giving up watching your favorite show and doing something you both enjoy together instead, can help with trust and connection for couples.

Further research by Dr. Jennifer Wieselquist suggests that individuals trust their partner more when they believe their partner has prioritized the relationship over their own self-interest — and we know how important trust is.

Being lovers and friends is the fun part of a long-term relationship, but the ability to stay best friends with your partner, by putting in the commitment through the years, is even more essential.

Researchers Shawn Grover and John F. Helliwell looked at well-being and happiness in marriages. They found that couples who make the effort to build on the friendship aspect of their relationship and keep it going strong will be less likely to go their separate ways when things get tough.

20 Paired Questions to Make You Feel More Connected Than Ever

Inspiring stories of everyday romance from the Paired community
By Paired

Ask Your Partner These Questions to Feel Closer in 2022