Silence isn’t always golden: research shows you should never use the silent treatment in a relationship
by Olivia Cassano 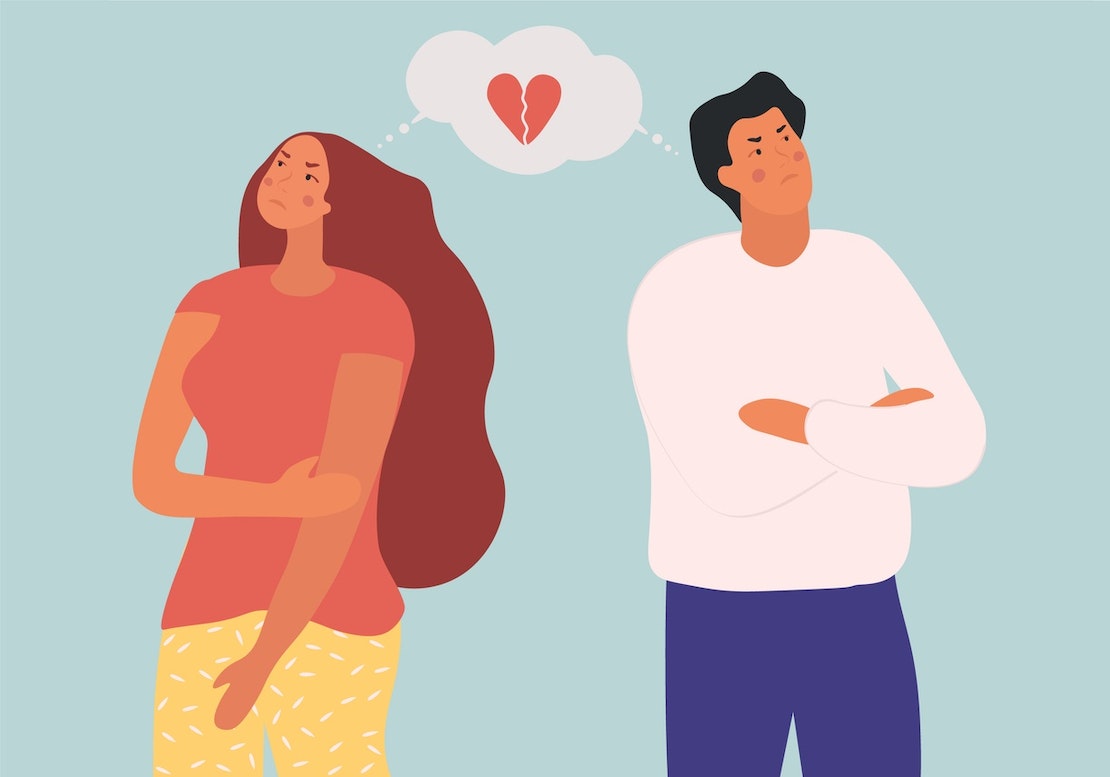 Picture this scenario: you did something to upset your partner, or you’ve just had an argument, but instead of telling you how they feel, your partner simply disengages with you and gives you the silent treatment.

“This is when the listener withdraws from the interaction, shuts down, and simply stops responding to their partner. This silence causes tension, ostracizes the other person, and is what Dr. Gottman believes to be one of the ‘four horsemen’ of destructive behaviors in a relationship.”

Why is the silent treatment bad for your relationship

Disagreements are normal in a relationship, even healthy couples argue. Conflict isn’t the issue, rather, it’s how you handle it — and a lack of communication is never a good thing.

“You may think that silence can help you avoid an argument, but it’s actually more likely to escalate it,” says Dr. Gabb. “Conflict requires communication — it's important for couples to be able to talk through conflict, rather than shutting down to prove a point.”

Avoiding a problem rarely makes it go away, and that applies to relationships as well. Research shows that when you avoid conflict, you’re more likely to continue the dispute because you didn’t allow space to discuss and resolve the issue.

One study even found that couples who use the silent treatment are more likely to be dissatisfied with their relationship, have poorer communication, less intimacy, and report higher levels of anxiety within the relationship.

“Social psychologist Kipling D. Williams found the act of ignoring or excluding a person, however brief, activates the same area of the brain (the anterior cingulate cortex) that is activated by physical pain.” So ignoring your partner and giving them the silent treatment hurts your relationship — literally.

Why do people give the silent treatment?

It’s understandable if you don’t want to talk to your partner when you are hurt or angry after a fight.

“More often than not, the silent treatment is used as an off-the-cuff reaction to a situation in which one person feels angry or too overwhelmed to deal with a problem,” Dr. Gabb explains. “We might go silent as a way of avoiding saying something we might regret, to prevent causing our partner pain with our words.”

But silence isn’t always golden. “In fact, the silence can be just as hurtful,” she continues. “We expect our partners to know us so intimately that we don’t even need to communicate our needs, and we become frustrated and closed off when that’s not the case.”

There’s a difference between wanting to cool off after an argument and resorting to the silent treatment. “Telling a partner you need a certain amount of time out to cool off or collect your thoughts is a more constructive (and less hurtful) way to take space because you’ve given the silence an explanation and timeframe,” says Dr. Gabb.

Is the silent treatment a form of abuse?

“A more sinister form of silent treatment, however, is when some people use the silent treatment as a tool for exerting power over someone or creating emotional distance,” says Dr. Gabb.

“This is when it can be very damaging and abusive in a relationship. Silence should never be used as a form of punishment.”

How to deal with the silent treatment

If your partner has a habit of giving you the silent treatment, Dr. Gabb stresses the importance of telling them how their behavior makes you feel.

“If the silent treatment is recurring, it might be worth a more general conversation about this behavior and trying to understand the reasoning behind it,” she says. “Your partner might be struggling to find their voice in a response to parental arguments witnessed in childhood, for example.”

She recommends a gentle approach to get the conversation started. “Calmly express how the silent treatment makes you feel, and that you’d like for it to stop and to have a conversation instead. Here, you’re leading with your feelings and setting a boundary.”

“I feel” statements remove accusations or blame from the conversation and let you get your feelings across without instigating a defensive reaction from your partner. This is also a good time to set clear expectations within your relationship and remind your partner what level of communication you need from them.

If you’re the one giving the silent treatment, Dr. Gabb encourages you to recognize your behavior and nip it in the bud. “You could agree on a gesture (such as raising your hand) with your partner to alert them to your feelings of overwhelm without having to find the words straight away,” she says. “This doesn’t silently shout ‘talk to the hand’, instead it’s an indication that you need a time out.” 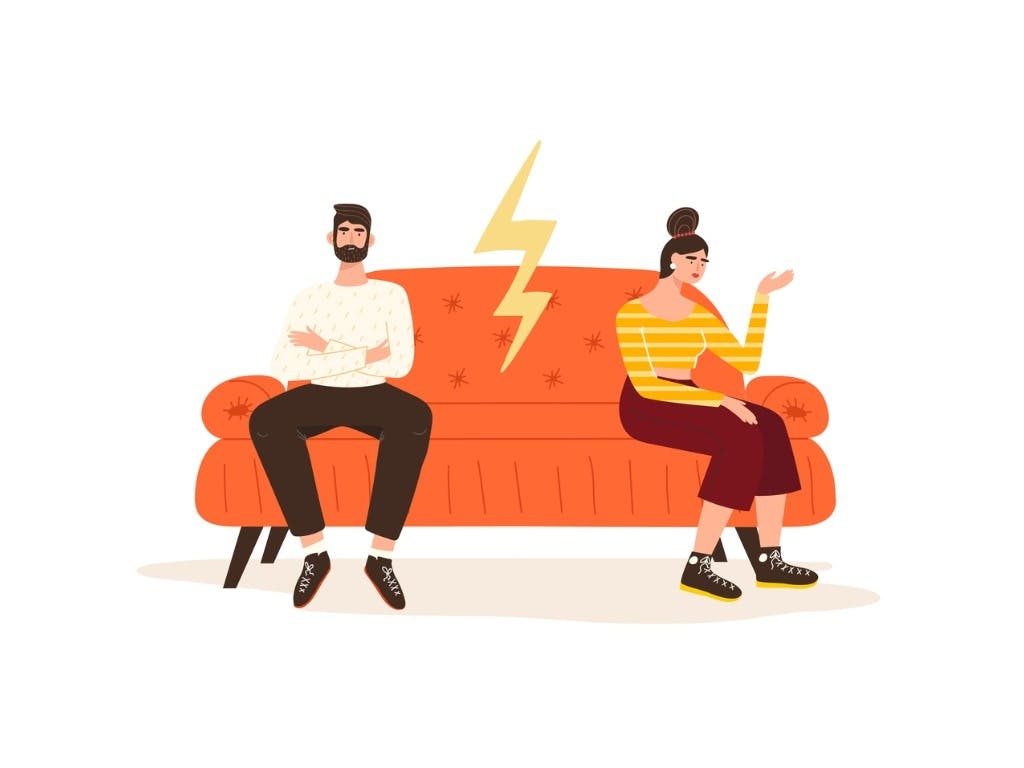 What Does a Rough Patch in a Relationship Mean? 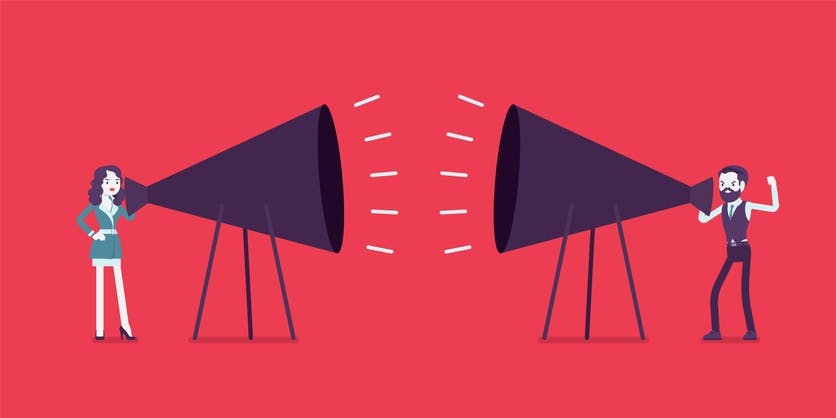