Yes, it's possible to come to a sustainable agreement on sexual frequency. Here's how.
by Dr. Pepper Schwartz 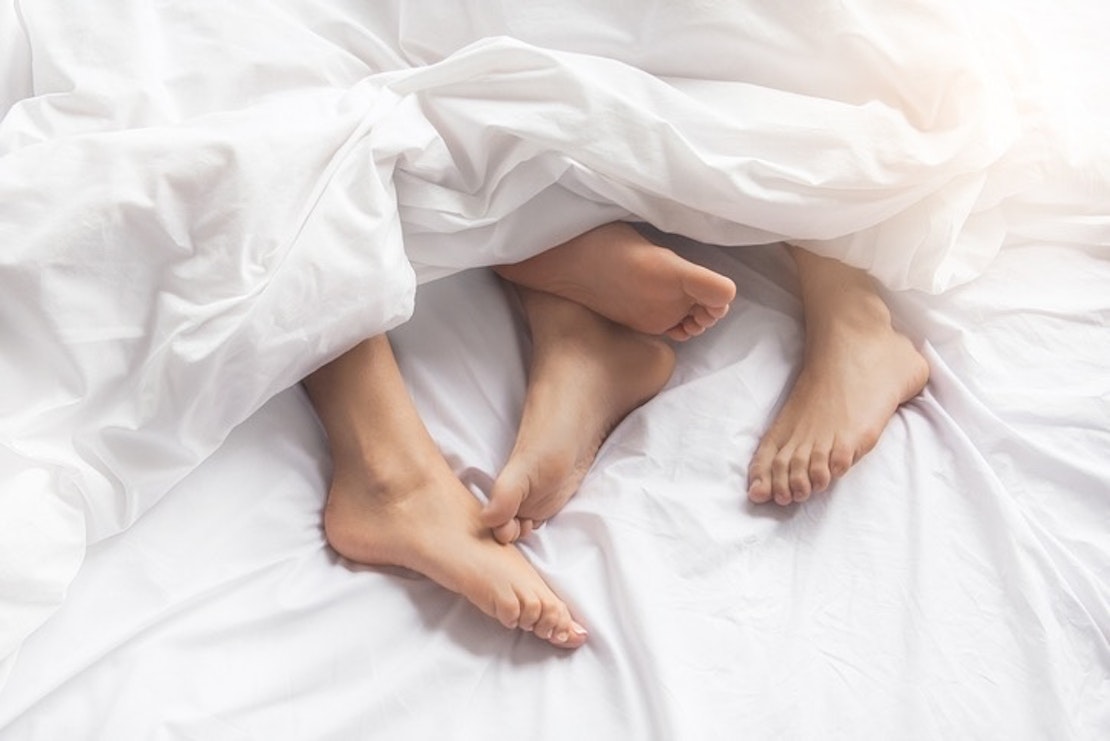 The single most common issue that affects sexual intimacy in a relationship is that one person wants more sex and the other person wants less. When two partners don’t share the same levels of sex drive it’s referred to as “sexual desire discrepancy” by sex therapists, and it’s a lot more common than you’d think.

So, what do you do when you have mismatched libidos? Let’s start with a case study to see how it is possible to come to a sustainable agreement on sexual frequency.

Franklin and Susan were celebrating their 6th wedding anniversary and they had drifted into sex once a week. This suited Susan just fine, but Franklin was furious about it. He wanted sex every day and he complained every day when he didn't have it.

Susan used to "give in" because he made such a big deal of it, but several years into their marriage she felt that his desire was just for the release and had nothing to do with her. Because they both wanted their relationship to work out, they sought out guidance from a counselor.

Counseling brought out underlying issues that were causing some of their reactions to their different sexual appetites. Franklin was feeling that he wasn’t loved enough and sex was the way he sought affirmation.

When Franklin looked at the situation rationally, however, he realized that Susan was never going to want as much sex as he did, and pushing her on it was his way of getting back at what he perceived as her lack of love for him. He agreed that this was undermining a potentially great marriage and so they talked about how Susan could make him more secure, and they could settle on a sexual schedule that was a compromise between them — and didn’t have to include intercourse all the time.

As Franklin backed off, Susan felt less pressured and judged, and she felt like initiating more. She relaxed and could say things like “tonight, I just want to cuddle and kiss and not go further,” and Franklin didn’t call her “abnormal” or “frigid”. They started having date nights, during which sex might or might not happen, and that was acceptable.

There’s no such thing as "normal"

Franklin and Susan’s fight over the gap in their sex drives is common in many different types of couples. Whether straight, gay, lesbian, or queer, all couples have some risk of experiencing a mismatch of libido over the lifetime of their relationships.

Think about it: individuals are so different from one another, so why would they all want the same amount of sexual activity? We don’t all eat the same way, we have different tastes; we get hungry at different times of the day and each of us has our cultural feelings about how important food is in our lives. Your sex drive also fluctuates because many things can get in the way of sexual desire.

But Franklin, like many other people, thought that there was some kind of requirement for “normal sex” and therefore his partner, in his mind, was “abnormal” for not wanting what he thought other people his age were doing.

I teach a University class on human sexuality and the “what’s normal in sexual frequency” question comes up a lot. And when I say that what people do varies by age, the duration of the relationship, their sexual orientation, and all kinds of other things, my students will counter, “well, what’s average”? I like this question better, but I don’t love it. Because while “average” is not synonymous with “good” or “healthy”, the person with the question is still looking for numbers to use to gauge their own “normality”.

How often do people have sex on average?

I will give in and say a few things about research on the topic but just with this caveat: remember average is just the number that is in the middle of high and low. It is not confirmation that you are ok. So, what do we know about statistics?

Based on ‘the Normal Bar’ internet study of nearly 100,000 respondents, under 10% of long-term couples have sex daily. Among younger couples who were together less than six years:

If we look at it by age, people in their 20s and early 30s have the most sex, but child-raising years can cause a sharp drop in frequency, and it never quite gets back to what it was in those early years.

People in their fifties and sixties don’t seem to have too much change at that time, but when they hit 70 plus the number of times a couple has sex per week becomes significantly lower.

However, healthy aging doesn’t decrease sexual satisfaction, and nor does having a little less sex have to detract from our relationship satisfaction.

Our data in the ‘Normal Bar’ and data collected by AARP confirm that you don’t have to be having as much sex as the 30-year-olds to have a sexually fulfilling and emotionally healthy relationship later in life.

Try this exercise to understand how sexual frequency works in your life:

If you have big differences in how often you would like sex — or how often you might like a specific behavior — see if you can come up with a way that each of you could be sexually generous with one another without feeling negative about the experience.

Is Sleeping in Separate Beds Bad for Your Relationship?

In defense of sleeping solo: why couples who sleep apart, stay together
By Olivia Cassano 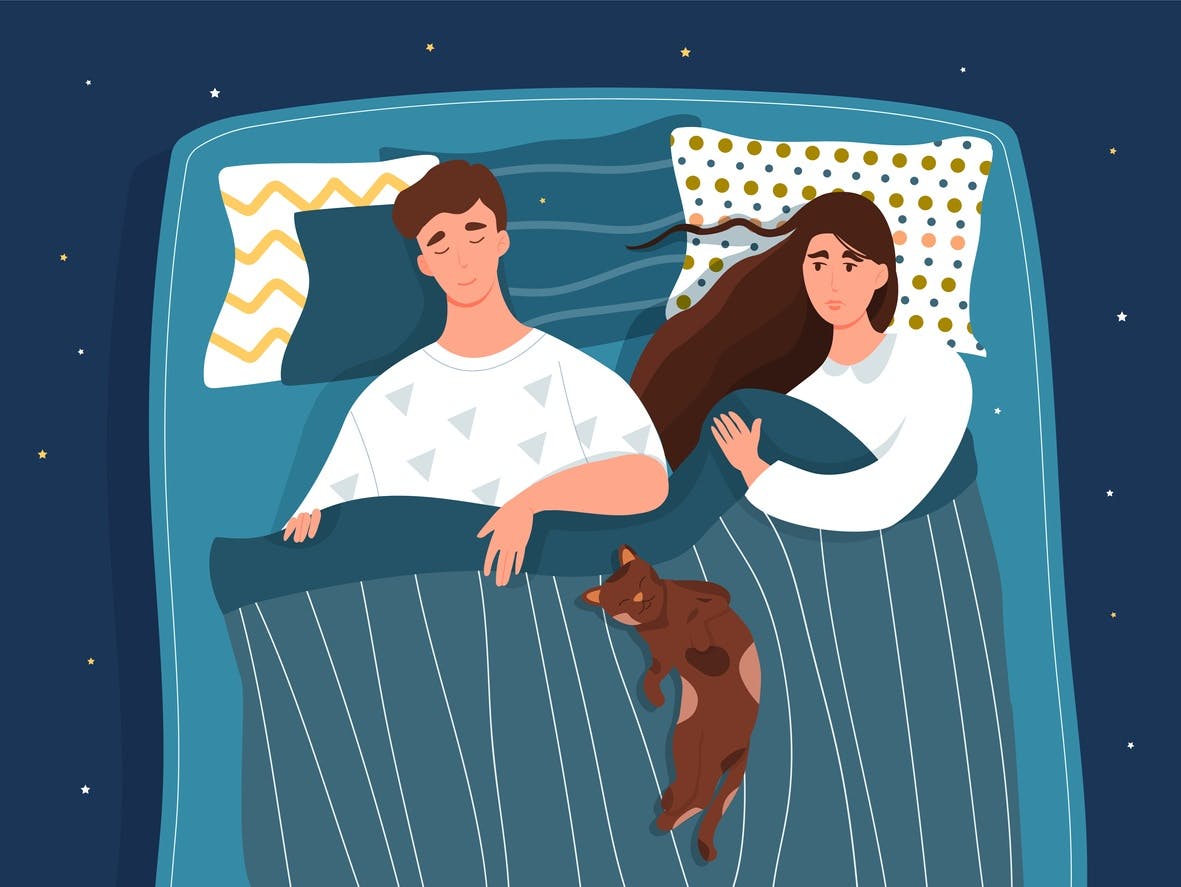 Attraction can wax and wane in a relationship, but there are some key ways to bring it back
By Olivia Cassano

17 Intimate Questions to Ask Your Partner and Deepen Your Connection