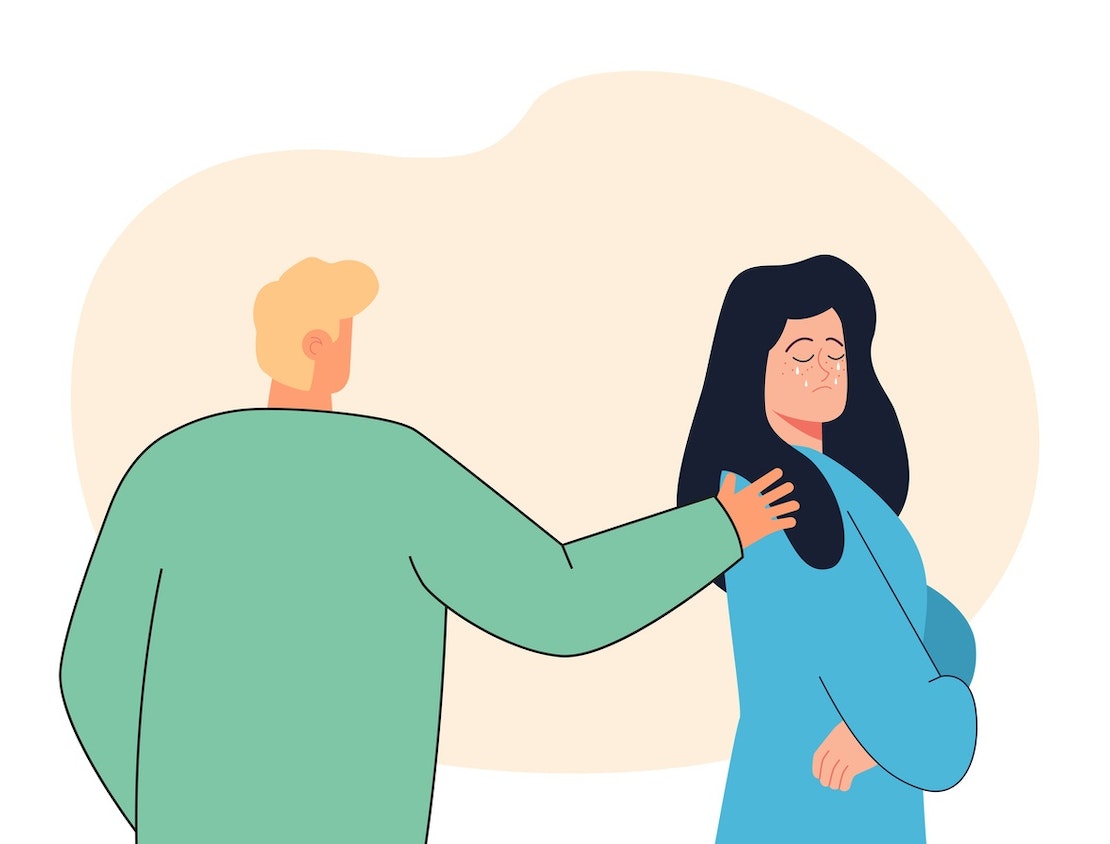 Your apology language is how you prefer to give and receive an “I’m sorry.” We all make mistakes, so unintentionally upsetting our partners is pretty much inevitable — the key is apologizing when you mess up.

Even happy couples have fights, and part of being in a healthy relationship isn’t whether or not you argue, but rather taking accountability when you’ve done something wrong. Research shows that partners tend to value their relationship more — and are more willing to forgive — if their loved one apologizes after doing something wrong.

You may not have given it much thought, but knowing your apology language (and your partner’s) helps conflict resolution, because everyone has different needs in order to forgive and move on.

The long and short of it is that harnessing your partner’s language of apology lets you communicate more efficiently, and apologize in a way that makes your partner feel truly heard.

What is meant by apology language?

The apology language framework was created by clinical psychologist Dr. Jennifer Thomas and Dr. Gary Chapman, a marriage counselor and the creator of the love languages.

While the five love languages — receiving gifts, quality time, words of affirmation, acts of service, and physical touch — were developed to help you understand how you prefer to receive and express affection, apology languages were designed as different ways to tell or show someone you’re sorry.

Have you ever felt like no matter how many times you say “I’m sorry,” your partner still won’t accept your apology? Or maybe you've been on the receiving end of an apology and felt like your partner was just trying to end an argument? Well, you might not be speaking the same apology language.

What are the 5 different apology languages?

The five apology languages are:

Some people may lean more toward one apology language, but it's possible to have several. One study found that all five languages are needed for an effective, meaningful apology.

Keep reading for a lowdown on each apology language.

This apology language involves the simple act of saying “I’m sorry”. It’s all about recognizing that you’ve done something wrong and owe your partner an apology. It might seem fairly basic, but you shouldn’t underestimate the impact of a direct apology.

Many people find it hard to say the words “I’m sorry” and let their pride get in the way, so this apology language can hold a lot of meaning.

Being able to hold yourself accountable is important in a relationship. With this apology language, you’re not only admitting that you’re wrong, but you’re also owning up to your mistakes.

It’s all too easy to shift the blame or make excuses when you mess up, so taking responsibility for your actions or behavior and admitting something was your fault allows your partner to know your apology is genuine.

Example: “I’m sorry, I have no excuse for doing XYZ.”

This apology language is all about action. For some people, a simple “sorry” won’t cut it. But if they see that you’re willing to do something to make things right, they can tell you’re being sincere. As the saying goes, talk is cheap.

Example: "I'm sorry for XYZ. What can I do to make things right?"

This apology language isn’t just about verbalizing that you feel bad about upsetting your partner, but that you actively won’t make the same mistake in the future. Your partner might find it hard to forgive if they don’t see you’re committed to change — if you’re constantly saying sorry for the same thing over and over, after a while that apology may fall flat.

Example: "I'm sorry for upsetting you. From now on I'll do XYZ instead, so it won't happen again."

This apology language is all about asking for reconciliation. Research shows that forgiveness sustains relationships over time because it helps release resentment and gives you the tools to move on from a fight.

The requesting forgiveness apology language shows your partner that you respect their feelings, and that you care about repairing after an argument. It also communicates vulnerability because your partner might not be willing to forgive you right away.

Example: "I'm sorry for XYZ. Will you forgive me?"

As hard as it is to do, apologizing is the first step in making up after a fight. Learning what your and your partner’s apology languages are can make that process easier.

How to Stop Overthinking in a Relationship: 4 Solutions

How to Ask Your Partner Open-Ended Questions