44 Date Night Movies for the Perfect Evening at Home

Date night movie ideas for any preference, mood, or genre
by Olivia Cassano 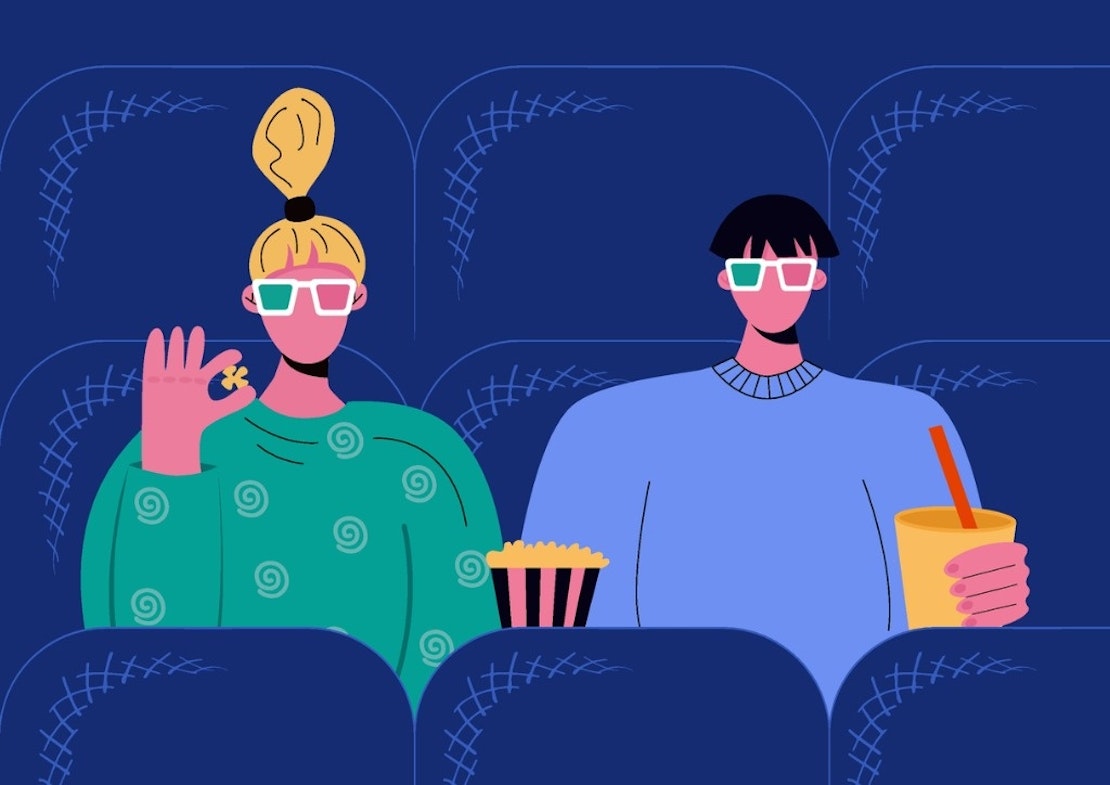 There’s nothing better than getting comfy, snuggling with your partner, and unwinding with a good film. But with all the choices available, finding date night movies that you’re both in the mood for turns into hours of scrolling Netflix, reading reviews, watching trailers, and vetoing each other’s suggestions. By the end of it, you’re too exasperated to watch anything.

You might think that “Netflix and chill” doesn’t constitute a proper date, but watching a movie together can be the perfect way to relax and start a conversation. A study published in the Journal of Social and Personal Relationships found that couples who watch movies together experience a deeper connection, thanks to a shared interest in the characters and plots.

So, we finally have the answer to “what shall we watch tonight?”. Below are 44 of the best date night movies to suit every mood or preference. We can’t guarantee you’ll like all these suggestions, but there should be something for everyone. And before you ask, yes, we included The Notebook — how could we not?

Looking for more ways to connect with your partner? Download the Paired app!

Did someone say homemade cocktails? Shake things up a bit with a sweet at-home cocktail party for two
By Paired

How to Get Out Of a Relationship Rut

Is your long-term relationship experiencing a lull? Here are 4 tips to bring the spark back
By Olivia Cassano