How Important Is Sex in a Relationship? What Experts Say

An expert reveals how important sex is in relationships, and whether a relationship can survive without it
by Olivia Cassano 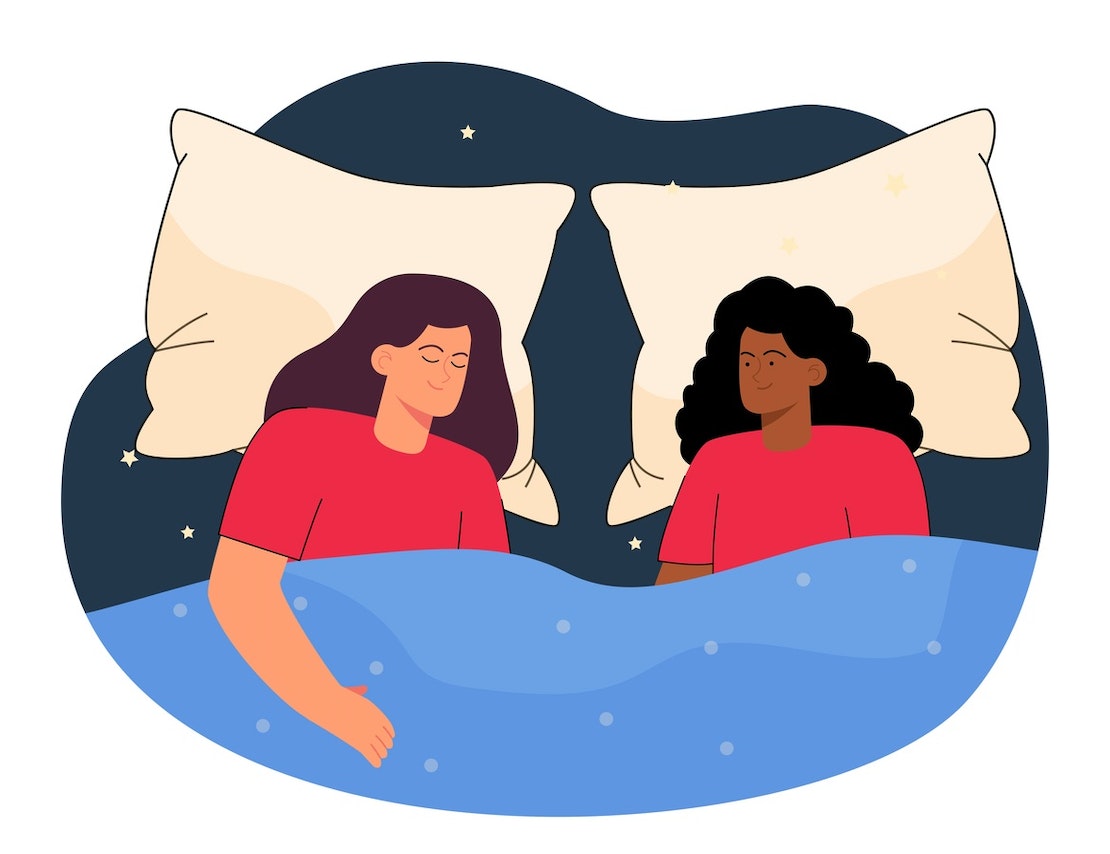 We’re constantly told that not only is sex important in a romantic relationship but that it can also be an indication of how well things are going between you and your partner. But how important is sex in a relationship, really?

For many couples, sex can be a big component of a satisfying relationship — it feels good and can foster intimacy and closeness between you and your significant other.

It’s no surprise then, that when the honeymoon phase is over and a “new” relationship starts to settle into a routine, sex can fall by the wayside.

Not having as much sex — especially if you were having lots of sex at the beginning of a relationship — is a common anxiety for long-term couples, and it might make you worry you’ve lost the spark in your relationship or your partner is no longer attracted to you.

In reality, there are so many different factors that affect a relationship’s quality, and given that every couple is different, how important is sex in a relationship, really?

Keep reading to learn why sex is important in a relationship, but why it’s also not the be-all and end-all.

How important is sex in a relationship?

The importance of sex in a relationship varies from one person — or couple — to the next. You might find that sex is crucial for a relationship to survive, while someone else might value other forms of intimacy more.

We all have different amounts of sexual desire (and some of us have none) as well as priorities in a relationship, so there is no right answer here.

Some research links sex to happier relationships and long-term relationship benefits, but Dr. Jacqui Gabb, Professor of Sociology and Intimacy at The Open University and Chief Relationships Officer at Paired, cautions taking this research with a grain of salt.

Dr. Gabb adds that a lot of the existing research that looks into the role of sex in a relationship already relies on the notion that sex is important, or focuses on couples that are unhappy with their partner and relationship.

In her Enduring Love? study, Dr. Gabb and her colleagues focused on couples’ lived experiences. “We found no clear link between relationship satisfaction and sexual discrepancy,” she says.

“Indeed, couples talked about how they would expect there to be discrepancies in desire because there are differences in many other aspects of their lives, so why not in their sex life? This flips on its head the premise that sex is important and that couples should strive towards sexual similarity. Instead, couples talked about the need for shared intimacy that may or may not include sex — such as the value of hugging. They also talked about the need to find ways to successfully manage sexual differences — such as laughing together.”

Other research supports these findings. A 2017 investigation found that it’s not about sex itself, but rather how sex can promote feelings of affection. The researchers also found that everyday physical intimacy, like kissing and hugging, plays a unique role in relationship well-being.

Is sex a necessary part of a relationship?

But she goes on to explain that in heterosexual couples especially, gender roles play a big part in how much value we assign to sex in a relationship. “The importance of sex in a relationship is also part of a cultural script that says that couples should have good sex as often as they can,” she explains.

“This is interesting because research shows that the amount of sex that women and men say they’re having and/or want doesn’t add up. Men tend to overestimate how much sex they’re having and the number of sexual partners that they’ve had. So the sexual script is deeply gendered. Men and therefore likely to feel they don’t have enough sex because of the urban myth about what’s normal.”

How often you have sex is another point of contention among couples and some research suggests that desired frequency of sex is a major factor in relationship satisfaction.

A 2015 study investigated how often couples should have sex. The study found that sexual frequency was linked to relationship satisfaction, but only to a certain extent. The research found that relationship satisfaction improved when couples started having sex once a week (compared to no sex at all), but it didn’t improve much with more frequent sex.

While once a week may be the optimal amount of sex for the couples in that study, that doesn’t mean it’s the case for all relationships. It’s down to you and your partner to work out a frequency that works for both of you. The only caveat is that both of you have to be satisfied with the amount.

If one of you wants more sex, Dr. Gabb says it’s about finding a sexual rhythm that works for both of you. “This is likely to require compromise as relationships adjust to changing circumstances,” she adds.

“As with anything in a relationship, it is the couple’s ability to adjust that makes them strong. Sexual compatibility is likely to be something that needs to be worked on as it may change over time. For example, you may want to try something new because of something you’ve seen in a film or online. As ever, it’s about talking to your partner and seeing if they’d like to try out new sexual activities. Being respectful and patient and exploring sexual desires together.”

Does sex change in a relationship?

Sexual desire and sexual frequency ebb and flow, so it’s normal for sex to change in a relationship. “There are often dips in a couple’s sex life,” explains Dr. Gabb.

“This maybe be due to external factors such as a change in job and the accompanying stresses that this brings. The birth of the first child is also likely to impact a couple’s sex life as parents are exhausted and more likely to opt for sleep than sex. Or it could be due to physical health issues that cause diminished desire, such as high blood pressure or menopause. Poor mental health is also likely to hurt sexual desire.”

If you’re suddenly having less sex with your partner, Dr. Gabb cautions not to jump to conclusions. “It’s important to separate what is contextual, physical, and/or emotional factors, from diminished desire as the signifier of disinterest or disengagement from the partner and the relationship.” If a couple isn’t having sex as much as they used to, it’s not necessarily a sign that the relationship is on the rocks. Sometimes life just gets in the way!

“If a sexless relationship goes unchecked and partners don’t talk through whether one or both of them see this as a problem, or if temporary dips carry on into a trend of sexlessness, then this can become an issue. It can leave the partner who misses sex feeling rejected. They may take it personally. If they get a sense of body positivity through sexual intimacy then a drop in sexual activity can be internalized and they can begin to feel negative about themselves and their bodies. It can also lead to resentments that can escalate over time and begin to push couples apart.”

Having less sex isn’t always a bad omen but if one or both partners is unsatisfied, it’s vital to have a healthy conversation about it — or it might create problems in other parts of the relationship.

“If you’re unhappy with your sex life then you need to talk about it with your partner,” says Dr. Gabb, who suggests you take this conversation out of the bedroom. “You don’t want this space to feel toxic and distressing,” she explains.

“Talk through reasons why sex may not be happening — external contexts and physical-emotional reasons — listen and be empathic, and try to agree upon a strategy.” Dr. Gabb adds that this will likely take time, so don’t expect things to change after one conversation.

“Next time you’re in bed, start with physical intimacy but don’t aim to have sex. Just enjoy the feeling of touch and emotional closeness. You may want to swing from the chandelier and try out 50 shades of grey, but you need to be patient and take your partner with you. Adjust routines, take sex and intimacy out of the bedroom or as an end-of-the-day activity, and make time and space for sexual intimacy.”

Yes! “Couples can survive without sex and many couples do — either through choice or health reasons,” says Dr. Gabb. Sex can play an important role in a healthy, happy relationship but it’s not always necessary, and having less (or no) sex doesn’t make a relationship any less strong or fulfilling.

The importance of sex in a relationship will depend on the person as well as the couple, and it’s normal for it to change over time. Not everyone needs sex to feel connected to their partner — asexual folks, for example — but if sex is important to you then you should talk to your partner about it.

“Don’t make sex into a big thing,” warns Dr. Gabb. “The more you stress about the quality or frequency of sex the more likely it is to get worse. Think of sex as one part of the relationship and not the be-all and end-all.”

⁠For more expert advice about sex and intimacy in a relationship, download Paired!

17 Intimate Questions to Ask Your Partner and Deepen Your Connection

Need to spice up your relationship? These sexy games will do the trick
By Sarah Finley

How to Initiate Sex With Your Partner (4 Proven Ways)

Asking for sex can feel daunting, so here are 4 ways to make the first move in bed according to experts
By Sarah Finley