How to Cope With a Lack of Sex in a Relationship

Going through a dry spell? What to do when you’re not having sex in a relationship
by Olivia Cassano 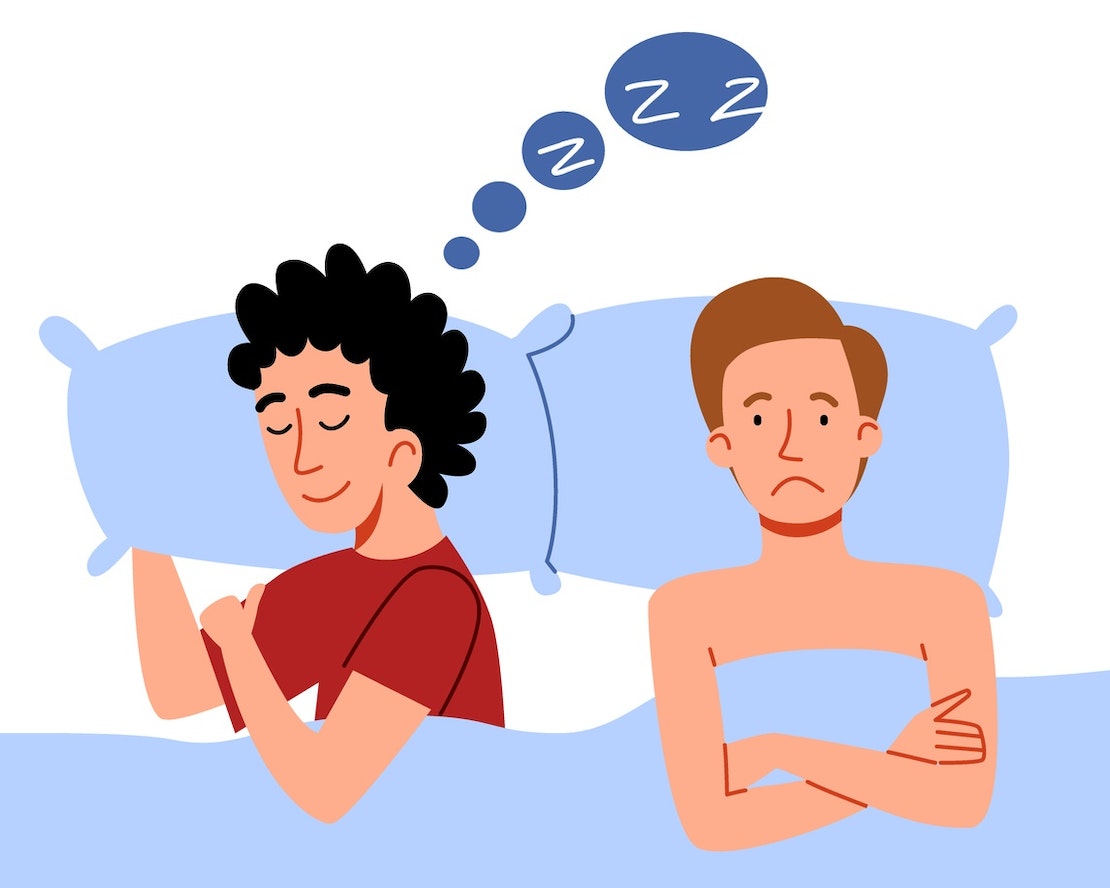 All relationships can go through dry spells, where the amount of sex you and your partner have dropped dramatically or becomes non-existent. If your sex life with your partner is on a hiatus, you might be wondering if a lack of sex in a relationship is something to worry about.

Rest assured, a lack of sex in a relationship is a lot more common than you’d think. “According to research, 30-40% of long-term couples are in a sexless relationship, defined as making love less than six times a year,” says Dr. Cheryl Fraser, a sex therapist and clinical psychologist. “About half of those couples are not making love at all, and have not for a year or longer.”

A lack of sex in a relationship isn’t always a cause for concern, though. It only becomes an issue if sexual activity plays an important role in your relationship.

“Some people aren’t very sexual or don't consider sex to be a central focus of their relationship. They prefer to prioritize other things such as cuddles, other forms of intimacy, companionship, and shared activities,” he explains.

“There are other people who love sex, feel their well-being is enhanced with regular sex and is one of the central parts of their lives. Problems start to arise if one partner in the relationship has vastly different values or interests in sex. The discrepancy in the importance of sex can cause problems in a relationship.”

Some research linked sexual satisfaction to overall relationship satisfaction, but that doesn't mean makes for a better bond. One study found that the benefits of having more sex stopped after a certain point (once a week, to be precise).

Many people think the amount of sex they’re having is a litmus test of how happy their relationship is, but sex isn’t the be-all and end-all of healthy relationships.

“Many people live very happy lives and fulfilling relationships without that much sex,” says Neves. “The thought we ‘should’ have more sex often comes from misinformation perpetuated by society.”

Every couple and every relationship is different, so it’s hard to calculate an average of how much sex you “should” be having. Furthermore, it’s completely normal for sexual desire to wax and wane throughout your relationship.

“Absolutely. Lack of sex only becomes an issue if one or more of the partners in the relationship are unhappy with their sex lives,” says Neves.

“Sometimes, they’re unhappy because they feel their sexual needs aren't being met. But sometimes, they might feel bad because they believe they ‘should’ have more sex, and if they don't it means that the relationship is in trouble,” he adds.

“If the people in the relationship have the same values about sex, if they are on the same page about the lack of sex, if they prioritize other forms of intimacy, and if they trust each other to be honest, then, there is no problem and relationships can last and be very fulfilling without sex,” adds Neves.

What are the emotional effects of a sexless relationship?

“For those whose sex life is very important and who are in a relationship with a discrepancy in sexual desire, it can definitely erode their well-being,” says Neves.

“Some feel unloved or undesired by the lack of sexual desire from their partner. Some worry that their partner doesn't love them or that they are no longer sexually attracted to them, or even that they might have an affair. Some people feel rejected if their partner keeps saying 'no' to sex. Over time, resentment and/or sadness can build up, and the people in the relationship might start to feel distant from each other to the point of thinking about separation.”

What causes a sexless relationship?

There are myriad reasons why your sex life may be dwindling, and it’s not always a sign that your relationship is in trouble. Dr. Fraser explains that some of the most common causes of a lack of sex in a relationship are:

How do you deal with lack of sex in a relationship?

Sex isn’t everything in a relationship, but it can help foster connection, excitement, and intimacy. If you and your partner both want to rekindle your sexual spark, there are different things you can do to get back to business.

“The first thing to do is to not ignore it,” says Neves. “It can be a daunting subject and many couples choose to ignore 'the elephant in the room'. This is simply because people are unequipped to talk about sex. It’s a very emotive subject. A sex and relationship therapist can help with facilitating those difficult conversations.”

If you want to rekindle the flame, Neves recommends the following:

“Quite simply, you need to make your sex life a priority,” adds Dr. Fraser. “Don’t wait around for what is called spontaneous desire — ‘Hey baby I’m so hot for you, let’s go!’,” she says.

“When spontaneous desire happens, enjoy the hell out of it. But spontaneous desire wanes rapidly after the first year or so of a new relationship. Research shows that longer-term couples need to cultivate responsive desire and create the circumstances that lead to making love. In other words, put the ‘make’ back in making love.”

Dr. Fraser explains that finding your way back to being sexual after a dry spell can feel vulnerable, so take it easy on both you and your partner.

“Some underlying relationship issues will likely surface,” she explains. “That’s okay! Relationships are complex, dynamic things. Don’t give up just because it’s tough. Instead, take this as an opportunity to strengthen your love, both in and out of the bedroom.”

How to Talk About Sex With Your Partner

Openly talking about sex in your relationship is a skill. Not sure where to start? Here are 5 expert tips
By Olivia Cassano

Is it OK to Have a Crush While in a Relationship?

Having a crush is normal, but when does it become inappropriate?
By Paired

Why it’s important to talk about sexual health with your partner, whether new or long-term
By Olivia Cassano