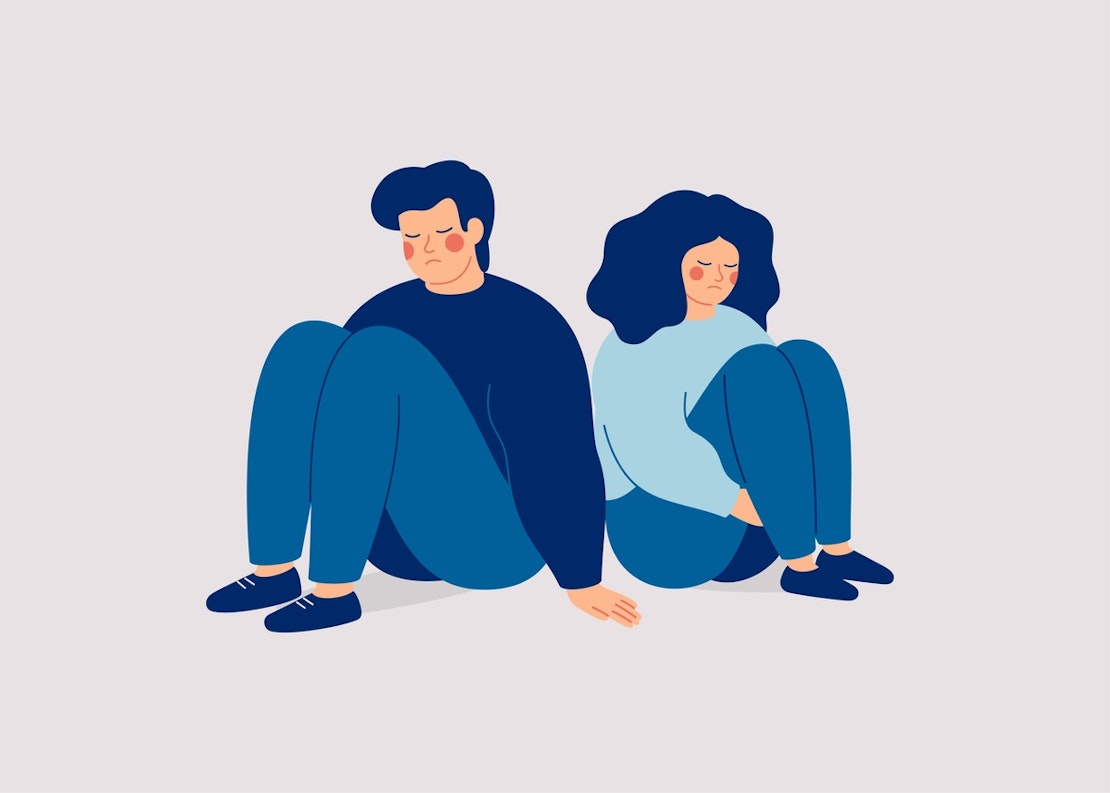 All couples experience some ups and downs in the course of their relationship, and that’s completely normal. Conflict and arguments are an inevitable part of being in a long-term relationship, so there will be bumps along the way — the key is knowing how to navigate and solve relationship problems as a team.

Keep reading for a look at nine of the most common relationship problems, according to experts.

What is the most common problem in a relationship?

While it’s true that no two relationships (or couples) are the same, there are some common relationship problems that many people experience.

“The most common problems in relationships are financial issues, lack of sexual intimacy, unresolved conflict, lack of trust, boredom, cheating, and/or other forms of betrayal,” says LaTonya P. Washington, a therapist and licensed clinical social worker at Choosing Therapy.

It can feel comforting knowing that other couples are grappling with the same pain points as you, and even make it easier for you and your partner to discuss these issues.

“Couples can feel like they talk all the time, and thus they don’t have issues with communication, but lots of chat doesn’t mean effective communication,” says ​​Dr. Jacqui Gabb, a professor of sociology and intimacy at The Open University and Chief Relationships Officer at Paired.

“Healthy communication is about talking and listening, speaking and being heard,” she adds. “Attentive listening is a key relationship skill that partners need to develop together.”

“Spending time together is great but we also need to feel seen,” explains Dr. Gabb.

“It’s good to take a step back and remind yourself of why you’re with your partner. To let them know this. To ask how they’re doing. Offering support during the hard times and being there for them when they’re struggling will show them how much you cherish the relationship.”

Not making time for each other

“It’s easy to lose sight of a partner amidst everyday mundanities. Couples need to set aside regular time to be together, with no distractions. People are happier and healthier in a relationship, so it’s good to deprioritize social schedules and invest in each other.”

Research shows that having quality time with your partner can improve your bond, as well as the relationship overall. In one study of married couples, those who had quality time together at least once a week were over three times more likely to report being “very happy” in their marriages, compared to those who enjoyed less quality time with their spouse.

Feeling comfortable with your partner can foster a sense of security in the relationship, but when routine takes over at the expense of curiosity, it erodes that sense of novelty that relationships thrive on.

“The importance of curiosity, novelty, and a sense of adventure in relationships are often downplayed in favor of what’s comfortable or familiar,” explains Washington, who says relationship boredom is one of the most common problems couples face.

“It’s the mystery and curiosity that often draws us to our partner. Over time relationships can become stagnant and dull if we aren’t careful to continue doing the things that attracted us to one another.”

“All couples have arguments, that’s healthy,” says Dr. Gabb. “But for some couples arguments are a source of hurt and resentment. Point scoring and winning an argument overtakes calm reflection and the best outcome.”

Not only is it normal for healthy couples to argue, but research even shows that arguing can bring you closer to your partner — the key is knowing how to argue. “While disagreements are bound to occur, it's the way that they are handled that can determine the impact on a relationship,” says Washington.

“In arguments, it’s important to listen as much as talk,” adds Dr. Gabb. “Remaining calm and lowering the emotional temperature is more likely to result in resolution. Shouting means shutting down our capacity to listen, so couples need to learn how to manage disagreements.”

As uncomfortable as it might be to bring up any issues, it’s vital to talk about them openly to avoid problems getting out of hand. “Many people confuse confronting issues with being confrontational,” explains Washington.

“In an attempt to avoid conflict one may shut down, suppress their feelings, and sweep things under the rug instead of working to resolve issues,” she adds. “As a result, resentment, contempt, and a lack of true forgiveness may occur, resulting in distance or strain between partners.” Remember, ignoring a problem rarely makes it go away!

Money is one of the biggest causes of conflict in relationships. Whether it’s because you have different spending habits, one partner earns more than the other, or someone is guilty of financial infidelity, money can quickly become a source of tension in a relationship.

“Talking about one’s finances openly and honestly may not be sexy but it can lead to avoidable challenges, stress, and disappointment,” says Washington. “For instance, if a couple desires home ownership that dream could be hindered by one or both partners having little to no savings, poor spending habits, and bad credit.”

Intimacy is a core component of romantic relationships because it fosters closeness, trust, and vulnerability. When intimacy stops in a relationship, couples risk growing apart.

“Intimacy is a good way to feel close to our partner,” says Dr. Gabb. “Conversely, sex issues are likely to be emotionally fraught and can make us feel alone and distant from our partner. Issues around sexual intimacy are also likely to spiral into other areas of the relationship.”

The key to solving intimacy issues? You guessed it: communication. “Many shy away from having open, honest conversations about their needs until it becomes a problem,” says Washington.

Studies find that couples who talk about their sex life are more satisfied in and outside of the bedroom. “Taking the conversation out of the bedroom and talking through what’s going wrong and the underlying causes can stop sex issues from escalating,” says Dr. Gabb.

Lack of trust is a significant predictor of relationship problems, and some research even found that trust matters more than how much you love someone. So it’s safe to say that a relationship can’t survive without it.

“Trust is essential to the health and longevity of a relationship, so its absence can be detrimental,” says Washington. “Lack of trust makes crucial components of relationships such as transparency, vulnerability, and connection challenging if not impossible,” she says.

Trust can be restored, but Washington warns that it takes more than just forgiveness.

“While most would say that they deplore cheating, the statistics indicate that infidelity is more common than you may expect among both men and women,” says Washington.

“According to the American Association of Marriage & Family Therapists, research suggests that 15% of women and 25% of men have experienced sexual intimacy outside of their committed relationship.” And when you add emotional affairs into the mix, Washington says that number shoots up by another 20%.

“Once a partner’s unfaithfulness and lies are discovered this can be a very devastating, often traumatic blow to the deceived partner. Many express that secrets and lies are a greater betrayal than sexual indiscretions because it causes one to question their entire relationship.”

How to fix relationship problems

Every relationship will face challenges along the way, whether big or small. Although not all relationship problems can be solved, they don’t all have to be dealbreakers or mark the end of the relationship.

“These problems can be avoided or resolved by engaging in open, direct, honest, and respectful communication about what each partner expects, needs, and wants from one another,” says Washington. “Clear consistent communication, establishing expectations, and asserting boundaries early on can prevent us from experiencing unfulfilling, ultimately unsuccessful relationships.”

Compromise is also key to navigating conflict or disagreements. “Being flexible, open-minded, and willing to embrace change is key to sustaining a relationship,” she adds.

“When one or both partners are rigid in their thinking or beliefs, there’s a greater chance for irreconcilable differences to occur which leads to distance, strain, and ultimately the end of relationships.”

Download Paired for more expert advice on how to connect with your partner and resolve your relationship problems.

How to Deal With a Jealous Partner

5 ways to handle your partner’s jealousy, according to a relationship expert
By Olivia Cassano