What to do if your partner avoids serious topics, according to an expert
by Olivia Cassano 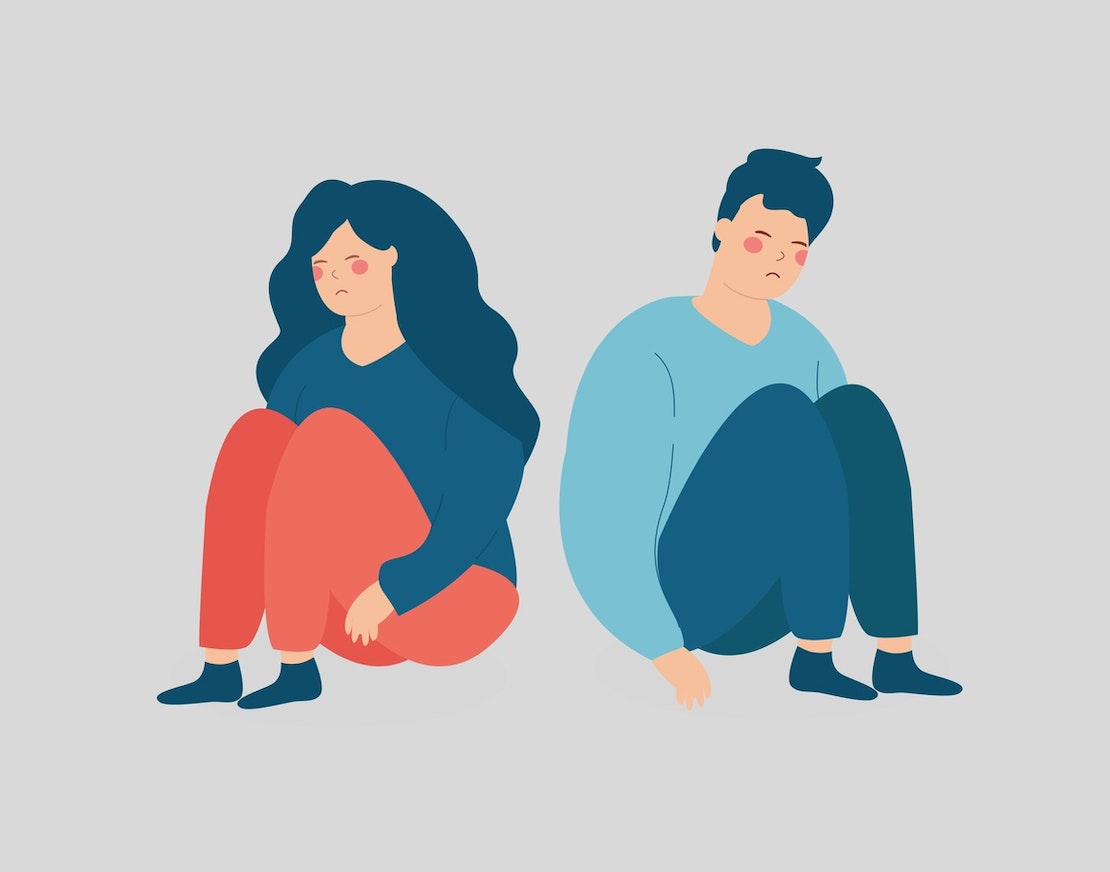 In every relationship, there will come a time when you and your partner will have to have a difficult conversation. Whether you have to talk about your finances, an aspect of your partner’s behavior that bothers you, or an overbearing in-law, it’s hard enough to bring up a contentious topic without your partner trying to ignore the conversation.

No one likes having to have hard conversations and it’s normal to find some subjects hard to talk about, but learning how to communicate effectively with your partner (even during times of conflict) is key to a successful relationship.

Academic and marriage therapist Dr. Terri Orbuch even found that when couples avoid difficult discussions — whether about money, religion, children, and in-laws — they are less happy over time. In fact, having constructive fights can bring you and your partner closer.

If your partner ignores difficult subjects, always puts the conversation off, or gets upset with you for bringing it up, it can lead to resentment and loneliness building up over time, inevitably damaging your relationship.

“Brushing issues under the carpet will never resolve them,” says Dr. Jacqui Gabb, professor of sociology and intimacy at The Open University and Chief Relationships Officer at Paired. “It’s fine to agree to park an issue until both partners have the time and energy to engage in a productive discussion, but pretending something doesn’t exist doesn’t make it go away.”

Dr. Gabb explains that couples should accept that arguments aren’t negative per se, the important thing is to air those disagreements in order to find a way to move forward. “If an issue is stashed away in a drawer then it will escape at some point, or seep into other areas of the relationship,” she says.

“The first is likely to provoke a big argument rather than a small bite-sized discussion. The second is that resentments will become entrenched, which can be much harder to resolve.”

When someone checks out of a difficult conversation or withdraws altogether, it’s sometimes known as stonewalling — what psychologist and relationship expert Dr. John Gottman calls one of the “four horsemen” of poor conversation in a relationship.

“Stonewalling is something that happens in many relationships and for a variety of reasons,” says Dr. Gabb. “What’s most important is to understand what motivates stonewalling behavior and where a partner’s behavior sits on the continuum. It can come about because a partner is feeling overwhelmed, for example. In this context, it’s a self-protection strategy and something that can be addressed by talking through the underlying issues. At the other end of the continuum, it can be a red flag and a sign of abusive and controlling behavior.”

However, Dr. Gabbs cautions making a distinction between controlling behavior and a partner who is just conflict-averse. Although neither benefits the relationship, stonewalling can often be abusive.

“Avoiding a serious subject can be a defensive strategy. It’s about self-protection rather than intentionally setting out to block a partner’s viewpoint,” says Dr. Gabb.

“This can lead to disengagement from the relationship, but this isn’t about trying to harm the partner. Stonewalling is more intentional. It’s a deliberate controlling strategy. It’s about saying we talk about things when I want to talk about them. It aims to assert power over a partner.”

What to do if your partner avoids serious conversations

If you or your partner avoid certain topics because you’re worried about them leading to an argument, or your partner immediately tries to change the conversation or gives you the silent treatment, these tips may help.

Communication in Relationships: Why It’s Important and How to Improve It

A four-step guide to asking your partner for help and communicating your needs clearly
By Dr. Terri Orbuch