How Long Is Too Long Without Sex in a Relationship? 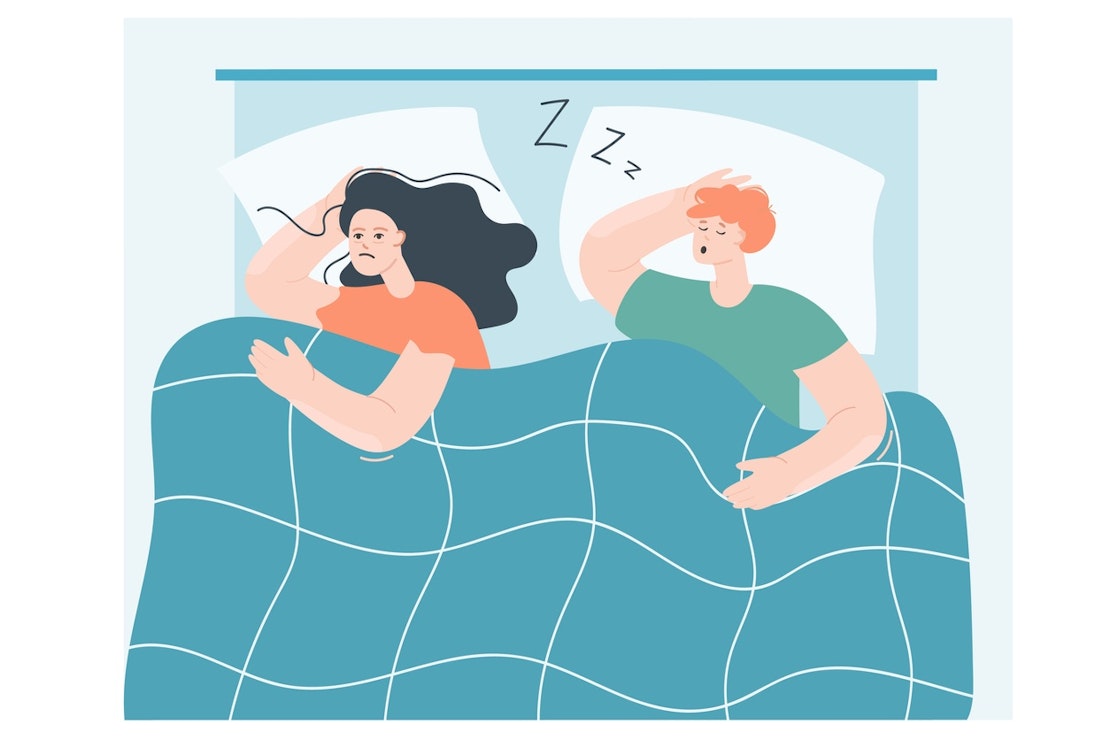 Dry spells are normal, and sexual desire can wax and wane in a long-term relationship, but when does it become a cause for concern? And how long is too long without sex in a relationship?

Sex can be an important component of a romantic relationship (although it’s not necessarily the most important). It can boost intimacy, foster a sense of closeness, and most importantly, it’s fun! So when you’re not having sex with your partner, it’s only natural to wonder if the relationship is on the rocks.

There can be any number of reasons for a lack of sex in a relationship.

Some of these may lead to a temporary drop in sexual activity, whereas others may have you questioning your sexual compatibility.

While your sex life may not be as wild as it was in the beginning, you can still have a happy and fulfilling long-term relationship without sex. It all comes down to your and your partner's needs.

First things first — there’s no right or wrong when it comes to how often a couple should have sex. Researchers have looked into this, of course.

A study of 26,000 Americans revealed that the average monogamous couple had sex 54 times a year — a little under once a week. But keep in mind that doesn’t mean every monogamous couple should be having sex once a week. Multiple factors come into the mix, such as the factors preventing sex mentioned above, as well as age and lifestyle.

In a study of mid-life adults, it was revealed that their views of sex became less positive over time. Adults in their 20s would have the most sex, and women over 50 would have the least.

We also have to consider other factors like cultural or religious norms, which may shape someone’s attitudes towards sex. Then there are the sexual interactions themselves. Just because you’re not having full intercourse, doesn’t mean you’re not enjoying each other’s bodies in other ways. That’s the beauty of sexual relationships: everybody is different.

What is the average amount of time for a couple to go without sex?

In one 2013 study, three-quarters of participants said they were having sex once or twice a month — so even if you’re having a month off, this is perfectly normal.

“Remember that the amount of time one can stay without sex varies from one person to another,” says Mairead Molloy, a psychologist and relationship therapist. “Ultimately, there is no right amount of sex that one can have. You do what you feel and what makes you both happy.”

Again, everybody’s libido is different, and it’s normal for one partner to want sex more than the other. What’s important to remember is that sexual intimacy isn’t the only kind of intimacy. Humans rely on physical touching to bond, and can feel “touch-starved” if they’re not feeling each other’s skin often enough. Even holding hands or cuddling in bed can do the trick.

Is it healthy to go months without sex in a relationship?

Not having regular sex doesn’t mean you should break up! If you’re used to going months without hopping into bed, it can be perfectly healthy to go months without sex in a relationship. If it’s circumstantial, then there may be other factors at play — for example, a new baby.

Open up to each other and let each other know how you feel. You may be able to satisfy your sexual desire with dates or scheduled sex — not always romantic, but often necessary if you have kids.

How long is considered a dry spell in a relationship?

A dry spell in a relationship is relative to the amount of sex you’re already having. It equates to how much you value sex as a couple.

You might consider a dry spell two weeks if you’re used to having sex multiple times per week. Other couples might be happy to have a sexless marriage, as long as it’s agreed upon by both parties.

Intimacy comes in many forms, and if they’re satisfying their sexual desire in other ways, or simply don’t have the sexual desire, this is fine. Romantic relationships come in all shapes and sizes, and if this is non-sexual, it might work just as well as those couples who have regular sexual encounters.

So, can a relationship last without sex? Yes, absolutely. It’s completely normal to be in a mutually agreed sexless relationship. The real red flag is if sex comes to an end suddenly, particularly if one partner is not willing to explore why this happened. This could be a sign of other underlying problems, such as lack of trust or physical factors.

What happens when you don't have sex for a long time?

Not having sex for a long time doesn’t necessarily mean there’s something wrong. Rather, it’s the reason for the lack of sex that you should be focusing on. For example, if your partner is struggling with body image issues, they may need to take the time to explore what healing might look like to them, and possibly start trauma work to feel open to having someone close to their body again.

You may both be battling personal mental health issues such as bereavement in the family, which can have an impact on your well-being (let alone your sex drive).

If reduced sexual frequency is circumstantial, it’s important to address the issue first. Talk to your partner and encourage them to share what they have been holding on to inside — it could be something as simple as a hard time at work.

Sexless couples and sexually active couples can be just as happy as one another, according to a 2017 study. While there are theories about the health benefits of sexual activity, such as stress relief, this comes down to the physical bond itself.

Naturally, one partner may fear that their partner may cheat if there is a sudden reduction in sex. This is why an open dialog is encouraged, which can be helped by a sex therapist.

What should a couple do when they have been without sex for too long?

If you’re concerned about the frequency of sex in your relationship, tell your partner how you’re feeling and that you feel neglected. Even more important, ask them how they are feeling — be compassionate and encourage them to air any anxieties or concerns they may have.

This may bring to light other issues you’d not discussed before, such as anxieties or preferences around sex. It’s the first step in rediscovering each other all over again, and you may feel like you’re in a more honest, open relationship.

Once the serious stuff is over, you can start to get experimental. Try:

Above all, it’s important to be patient with your partner. There could be any number of reasons why you’re having less sex. One or both of you may have a low sex drive, or there could be underlying issues from sexual satisfaction to overall relationship satisfaction.

Don’t be afraid to confront the elephant in the room. There’s no right or wrong for what’s considered “enough sex”, and it’s natural to have more in a new relationship.

Be patient and build it up slowly. Remember, it’s your sex life, nobody else’s — so do what works for you.

4 Tips for Better Intimacy in a Marriage

How to build more intimacy with your spouse, according to a marriage therapist
By Paired

Attraction can wax and wane in a relationship, but there are some key ways to bring it back
By Olivia Cassano

How to improve your sex life, according to research
By Dr. Pepper Schwartz